Today I share about a festival that celebrated the 44th tribe in Kenya, Kenyans of Indian descent.  For those who may not know, they are officially recognized as such and this was gazetted by the government of Kenya on July 21st 2017. The history of the arrival of Indians in Kenya dates back to colonial times between 1896 and 1901 where thousands of Indians were recruited and brought to East Africa to build the famous Uganda Railway. Some  opted to stay after its completion and eventually brought their friends and family to join them in Kenya, and soon generation upon generation of Kenyans of Indian descent were borne. 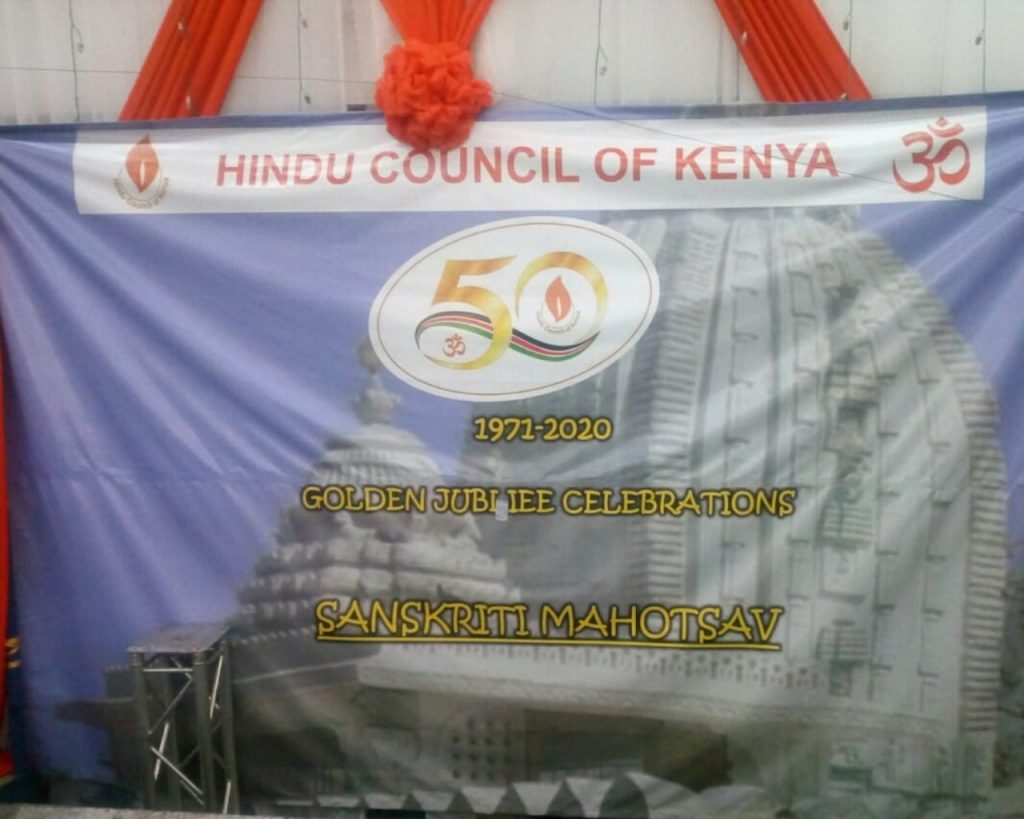 In the year 1971, The Hindu Council of Kenya was formed with their main mandate being to serve the Hindu community in Kenya and strengthen the Hindu culture and way of life. The year 2020 thus marks 50 years of its existence and as such, on the 25th and 26th of January 2020, they started the Golden Jubilee Celebrations at Premier Club Grounds. I had the privilege of attending and experiencing The Festival of Cultures better known as “Sanskriti Mahautsav” and what a beautiful overwhelming immersion of Indian culture it was.

The festival started off with the Diya ceremony, which is a lighting of candles ceremony that precedes all Hindu events and festivals. A diya also known as jyoti is an oil lamp, which has a cotton wick dipped normally in ghee or vegetable oils that is then lit and stays lit for the full duration of the event. It  symbolizes removing darkness/evil, lighting of one’s mind, lighting of one’s thoughts to be pure, lighting of ones path to prosperity,  among others. Thereafter,  different  “Communities” representing the different regions in India – Punjab, Rajasthan, Gujarat, Maharashtra among others showcased their regions, their cultures, their spirituality, their togetherness, their funfare among others through  well choreographed performances.

We started off with performances by little children where one group guided us through both the Kenyan and the Indian National Anthem, while the other was an all girls group.  It was heartwarming to watch them perform a Gujarati garaba as they balanced little pots on their head,  swayed their dresses from side to side and incorporated graceful hand and feet movements.,

Garaba is a dance originally from Gujarati and performed by females during celebratory events but is also performed in other communities. There were several garaba performances which were unique and diverse in nature, though they all used props.

In this one, the women used sticks decorated with colourful embroidery as props. They  danced alone as they tapped their two sticks together and later on stood across each other and tapped each others sticks.

In the above one, their props were small baskets which enabled me to interpret that it was about a harvest, noting that I did not understand the language. They mimicked picking things from the ground and them placing it on the baskets.

At first, I interpreted the above performance as these ladies going to fetch water at a river due to the pot props. They were smiling,  dancing somewhat vigorously, lifting their legs, going round in circles whilst  their  dresses twirled and the ornaments on their dresses and ears shimmered in the light.  However it is only after I noted Diya in their hands did I correctly interpreted that it was an event they were attending and celebrating.

Indian functions are somewhat a fashion festival and as such, adornment in shimmering gold jewellery and makeup  is done with such precision, you would think it was a photoshoot.  My only regret was not having attended the events slotted for  earlier in the day where I would have been able to purchase and own some of beautiful outfits and accessories.

The group above performed a dance called lord Ganesh vandana dance which is a religious song in honour of  Ganesh, one of the hindu deities. It was a  performance filled with smiles, high tempo music, clapping and waving of hands  and also calm moments where they clasped their hands and bowed their heads slightly.

It was indeed a auspicious night, a fun filled night, an engaging night, an educative night  that truly showcased the various Indian cultures in a phenomenal way. I welcome you to attend these and other Indian events  that will be happening throughout the year as part of the Golden Jubilee Celebrations, thus keep an eye out on their official website and our social media pages for updates and videos. You can also sign up for various lessons that are open to all  like dance, yoga among others.  If by any chance you feel scared that you will feel lonely and stand out, let this picture of me dancing on stage at the Festival encourage you that indeed, you will be welcomed by your fellow Kenyan family.

For more on Indian Cultures and India, check out https://www.wangechigitahitravels.com/?s=INDIA

Magoroto Forest Estate -Will Leave You Green With Envy 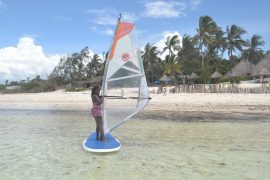