Turkana county also referred to as Turkanaland and is believed to be the  “Cradle of Mankind”, due to it being home to the remains of the most complete, early human skeleton ever found in the world. The skeleton is believed to be between 1.5 to 1.6 million years and is referred to as “Turkana Boy” or “Nariokotome Boy”, after the location it was found in. Growing up, I heard so many negative things about my “home” -drought, poverty, bandits, cattle rustling, food aid-the list is endless. Instead of scaring me off, it left me with a burning desire to “one day visit”, see, explore and experience the region for myself. Surely I told myself, it can’t be all dark and gloom, there must be something nice, beautiful, a silver lining in the cloud and I was going to go in search of it. First forward to 2018, and for some reason, Turkana sprung to my mind. That is how my “Homecoming to Turkanaland” was planned. I left Nairobi with only my rucksack as my companion, for a home that knew not of me and that I knew so little about. I only hoped it would receive its prodigal daughter home with open arms. 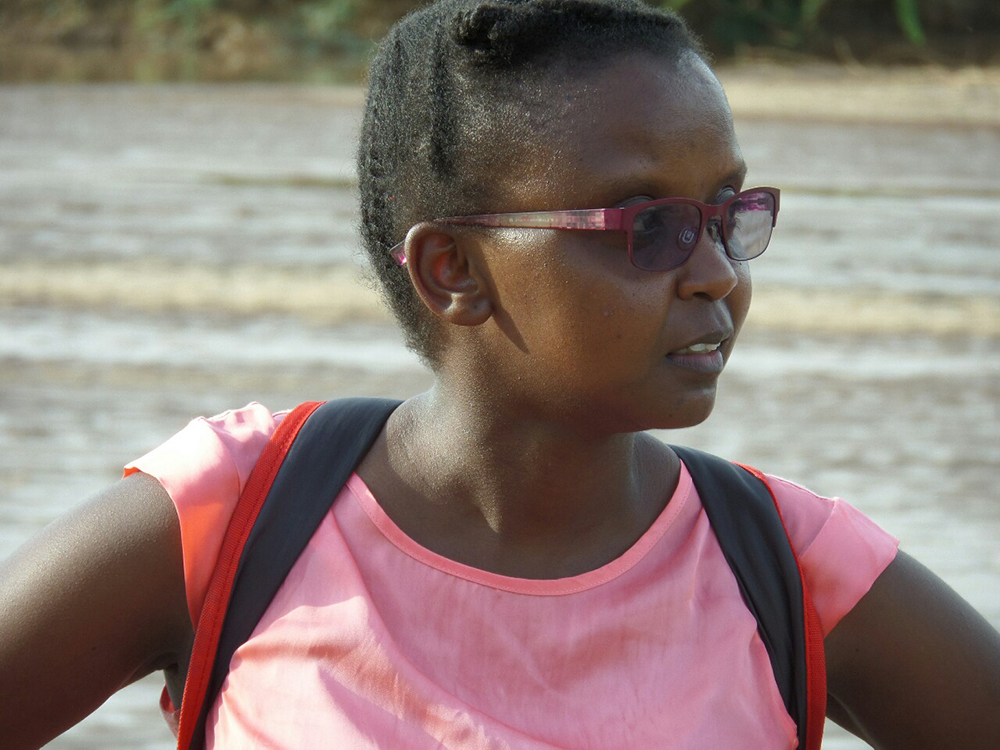 It seemed to have sensed my anxiety and overcompensated for the time we had been away from each other by over exposing itself to me. Each day, it embraced me with a big fuzzy hug, held my hand and opened its heart and soul to me. It showed me my relatives who had the biggest and whitest of smiles-a happy people, it showed me the hidden gem that is its beaches, amazing scenery and experiences that indeed will forever be etched in my mind. Therefore I urge you, ignore the stereotypes, ignore the negative news, ignore the “stories” and venture back “home” as I did, you may never want to leave. It officially falls under one of the most understated and misunderstood destinations, yet it has so much to offer as both a tourist destination and an adventure destination. Below are a few of my highlights from exploring Lodwar, its capital city and the first town I ventured into :

1: Hiking up to Christ the Redeemer statue

This is truly a replica of the Christ the Redeemer statue found in Brazil and what a beauty it is. This statue is huge, it stands prominently facing Lodwar town, and has its hands spread out wide, as if welcoming everyone to it. Its prominent location allows it to be seen from almost any angle in Lodwar and the aerial view of Lodwar from it, is also breathtaking. It is built within the church compound of the Caritas Catholic Church, Diocese of Lodwar. Kindly be respectful of the place, it is a religious site. Do not litter,  no skimpy outfits, do not touch the depictions; do not break anything and no lewd behaviour or pictures etc. Take time to see, learn, read and say a prayer.

It is located in an area called Lokitaung . During the colonial era, Mzee Jomo Kenyatta-Kenya’s First President,  Kung’u Karumba, Paul Ngei, Fred Kubai and Bildad Kaggia were placed under detention here.They  were part of the freedom fighters pushing for the liberalization of Kenya from British rule. It was believed that they were placed here, as it was a long distance from their home area “Mount Kenya region”, thus unlikely to break out or be broken out. I enjoyed listening to Mr. Justus Eding, the custodian on ground from National Museums of Kenya who shared so much history with me. My only request to National Museums of Kenya is to also rehabilitate the other houses as a significant piece of our history is being wasted with the dilapidated houses. 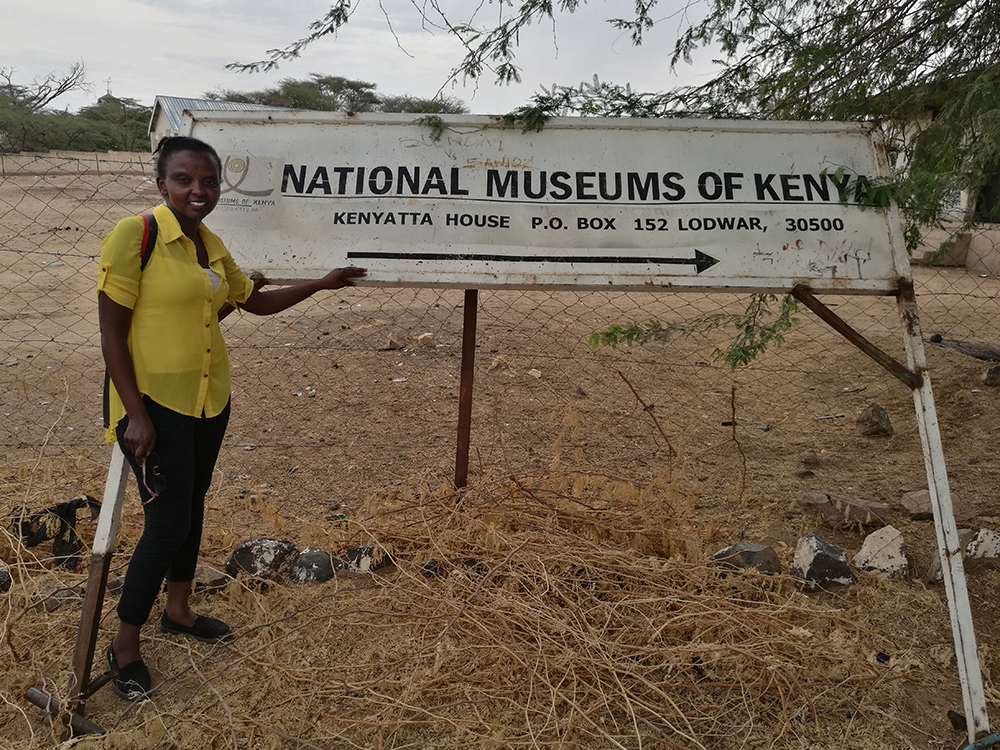 Turkana is a winner on this one. Everyday, the “popping” sun made sure it had me smiling as it showed off having one of the best sunrises and sunsets I have ever seen. You should know by now how much I love watching them.

The prominent thing here is river Kalawase, which is a major river and locally referred to as a Laga. It separates Lodwar town and Kalawase and has a road that allows people to cross. However, when it rains heavily, it floods and becomes impassable to all and sundry. I however enjoyed watching the various engagements along it from children playing, to women fetching water from hand dug shallow wells, to watching men bring their livestock to drink some water. This river is “life” to so many.

The weather in Lodwar is generally hot, but not unbearable. I actually enjoyed it as it wasn’t scorching and I never had sweat dripping down my face. I was actually fascinated by how smooth my face was by the time I left 🙂 I however advise you to take time to cool off by going for swimming. The easiest option is to go for swimming in the rivers around, like river Turkwel-talk about feeling at home. I however opted for the “safer” option and would while away my time at Cradle Luxury Tented Camp which has the only swimming pool in Lodwar and is also open to the public at a small fee.

6: Crossing the bridge from Lodwar town to Kanamkemer:

Kanamkemer is more like the business district area and is separated from Lodwar town by a bridge over River Turkwel. First, the river provides people with a free place to swim-the children we found were having a blast, people can wash their clothes-we found a few, while a few others chose to walk across it even though there was a bridge nearby. I chose the bridge and I highly advise you to be watchful as you cross the pedestrian walkway-there are a few gaping holes, some weak spots and it rattles a bit, so hold on to the edge.

This is their park, where most large, official meetings are held. I however noted that it is also a place people visited to relax, shade away from the sun due to the roofing at the “stadium” structure and/or even go for dates. Right next to it, River Turkwel flows freely and I watched an amazing sunset while there and great green vegetation.

I had so much fun meeting new people, making new friends and being exposed to Turkanaland through their insights.  I learnt that I was referred to as a “downy” or “ from down under”, which refers to someone from outside Turkana as well as basic greetings like “Ejoko”.  I got to play with some children and even taught them how to take photographs-that was fun. I got amazing opportunities to interact with various arms of their local government from Governor of Turkana, Mr. Nanok, his Deputy Governor Mr. Lotethiro, Director of Tourism Turkana County Shammy, among others. I was pleasantly surprised at  how welcoming and friendly they were, to this solo backpacker, who sneaked into their county.

As one walks from Lodwar town to Kanamkemer, you should stop over at the Livestock and Fish market. This is a beehive of activity as sellers and buyers haggle over prices of livestock and I got to learn a lot from the ladies who were scaling, washing and sun drying the fish. You may also get a chance to see some really huge fish arrive from Kalokol, which is the fishing area.

They have a variety of options but I was impressed with how some were really well done, spacious and had a great ambience. I found the scene to be very laid back and relaxed. My highlight though, was how safe I felt, even when out at night. My mode of transport was motorbike-“bodaboda”, and even at that late hour, one feels safe.

Worry not-you will not sleep outside or on the floor, unless you want to. There are various accommodation options for all pockets from the budget traveler to the luxury traveler, some of which I sampled. I  stumbled upon The Cradle Tented Camp and was quite impressed that such a facility existed in the area.  First it has a pool, the only pool in Lodwar-did I tell you the place is hot.? Two, the rooms are quite a gem, everything from the luxury tented camps, to the superior suits that are actual rooms  to the presidential suit. The staff are so cool and the service amazing. Ok, it needs a specific blog post for itself–coming soon.

There are various options for transportation into Turkana from flights to road. I flew into Lodwar  from Nairobi and left via road.  The flight was one hour fifteen minutes long and gave me some beautiful aerial views of the area that included beautiful clouds to seeing the aerial  geography of the area. The road allowed me to appreciate more of the county as we traversed several towns and areas and I was impressed by the beautiful scenery that included hills, valleys, dry rivers, and lots of green cover. The shuttle ride from Lodwar to Eldoret took about six hours and another from Eldoret to Nairobi which took about six hours.

Turkanaland is an amazing place and I truly felt like a prodigal daughter, readily accepted back home. From day one, my heart was at peace, my body was in a state of complete rest and I felt at home. A trip that started off as a three day survival trip, ended up as a seven day adventurous trip. I had only planned to visit Lodwar, but Turkanaland pushed me to explore more, that I even ended up discovering and exploring its amazing beaches in Eliye Springs-blog post coming up. I highly appreciate all the friends I made enroute and more so those who took their time to showcase Lodwar to me *Jackson, *Bernard *Johana *Sylvester. I hereby authoritatively state, ignore all the negative stereotypes you have heard about Turkana and come visit, “Welcome Back Home.” For more on my experiences in Turkana, check out :