I first heard about Kanchanburi when we inquired at our accommodation on activities to carry out while in Bangkok. Most of the accommodation areas will easily organize for you to join a tour, which is what we did. It is about one and a half hours from Bangkok and covers about 143 km. The below were the main attractions of the tour.

I have always been fascinated by Tigers. I have seen most of the cat family in Kenya but Tigers do not reside there. I thus had seeing Tigers as a must do on my visit. This plan was topped when we were told we could actually touch them. The Tiger temple was started in 1994 as a forest temple and a sanctuary for wild animals.It is run by Buddhist monks and it was interesting watching them play with them as you would a cat.

It was great that they were not in cages and their brochure explains that they are docile because they have been hand raised and the afternoon heat also makes them lazy. When you visit make sure you are not wearing any bright colours (red or orange), or sleeveless tops. Prepare to  sign a release form just in case something happens, they are naturally wild.As I look at these pictures, I smile and shudder at the same time, what if the tigers had decided not to be “cute kitty kitty”?

However, I still wondered how all, ok, almost all were in deep sleep. However, in 2016, tiger temple was shut down for several offences mainly associated with the welfare of these animals it was supposed to protect. It is unfortunate that it was held in high repute when we visited and thus why we had accepted to visit. A new one is however soon to be open to the public and I hope that one will be animal friendly.

I had always wanted to ride an elephant for the longest time. Maybe it was as a result of the many Indian movies we watched as we grew up. I was thus very ecstatic when I discovered I would be able to do this at the Bamboo Camp. Honestly, I was not  mentally prepared for this ride, elephants are actually taller than I had imagined and we had to climb a raised platform to get atop the elephant.

The ride was a bit scary as it involved going up hill and there after going downhill and  through a river. After a while, we got used to it but got worried for a couple that was ahead of us when their elephant decided to  cool off by going deeper into the river. I advise you give the team ahead of you your camera to take pictures of you. I was saddened to note that the elephants here had chains and we didn’t get to play and wash them as I had envisioned, we weren’t even allowed to touch them. I ask the government to have a look at this place just to ensure that the elephants are well taken care of. I later learnt that Chiang Mai has elephant conservancies that are animal friendly.

This was an interesting ride and its also good excercise. The raft tour happens on river Kwai and enables you to see the villages that have actually been built on the river.

I honestly kept wondering how they survive living on the river, and I can only dread the mosquitoes at night. Maybe next time, I will get a chance to stay in one of the homes.

I really enjoyed the visit though as indicated, I wasn’t sure about the status or living conditions of the two animal interaction areas. It is good that tiger temple was able to be given new measures to ensure the lives of the animals are truly animal friendly and the lives of these animals are protected. I hope a review of Bamboo Camp can also be verified to check if  the animals rights are not being violated. For more on my Thailand escapades, check out: 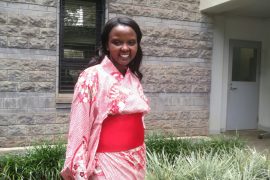 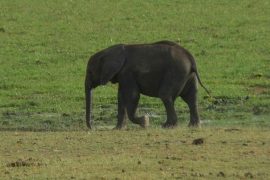 The animal haven that is Amboseli National Park 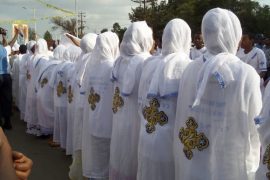