My engagement with Japan started years ago, thanks to the Japanese movies that I watched. I was drawn to their  culture, everything from their ladies always being dressed up in beautiful Kimonos and wishing I could own one, to watching their men showcase amazing sword skills. It was also interesting to learn about their dynasties and thus a “Japanese ” fire was  lit in my system. I thus told myself that one day, I would delve into the Japanese culture, learn as much as possible and integrate as much as I could.

When I heard that the Japanese Embassy located on Mara road, Upper Hill  was hosting a Japanese Cultural Festival on the 3rd of November 2018,  I decided, no way was I missing it.  It turned up to be the best decision ever, as I got to delve into the vibrant Japanese culture without having to leave our Kenyan borders. Japan and Kenya have had diplomatic relations dating back to 1963 and it is on this backdrop and great relationship that each then has Diplomatic Missions in each others capital.

First up-I finally got a chance to not only see the Japanese traditional outfit  up close, but, I actually got to dress up in one -Scream. The traditional Japanese wear is referred to as a “Kimono” which  loosely translates to, “object that is worn.”

The outfit is more like a long robe that then has the left side being wrapped over the right side. If you wrap right to left, you will be wrong as, this is how  a body is dressed during a funeral-You have been warned. A big bright sash called an “Obi”, is then tied around the waist to both keep the outfit in place and keep the front closed. It  also helps to hide away excess fabric, create a small waist for the wearer and ensure one keeps a straight posture while wearing it.

To then put finishing touches on this beautiful  outfit, a bright coloured big bow is then tied/attached to the “Obi” and let to showcase its beauty at the back. Kindly, do not opt to be “unique” and tie the bow at the front, that normally depicts or communicates that “you are a prostitute.”

I later came to learn that though the Japanese traditional clothing is referred to as “Kimono”, they classify them differently. What I am wearing is usually referred to as “Yukata”, as it is made from cotton fabric, is worn for informal engagements including just lazing in the house and is mostly worn during the summer. They refer to “Kimono” as the traditional clothing that is made from silk, worn more for formal occasions, incorporates more elements to the outfit and  is generally more pricey. Anyone willing to  gift me one of these, anyone? “Arigato gozaimasu” in advance, which means Thank You.

A lady’s outfit is incomplete without her footwear. The Japanese traditional shoes are called “Geta” and are made from wood, have a raised platform and a hanao which is a cloth thong. The raised platform made it seem difficult to walk in. I opted for those called “Zori” , which is a type of cute wooden sandals that are more “wear” friendly and accentuate the outfit. I was however challenged to differentiate the right from the left sandal. 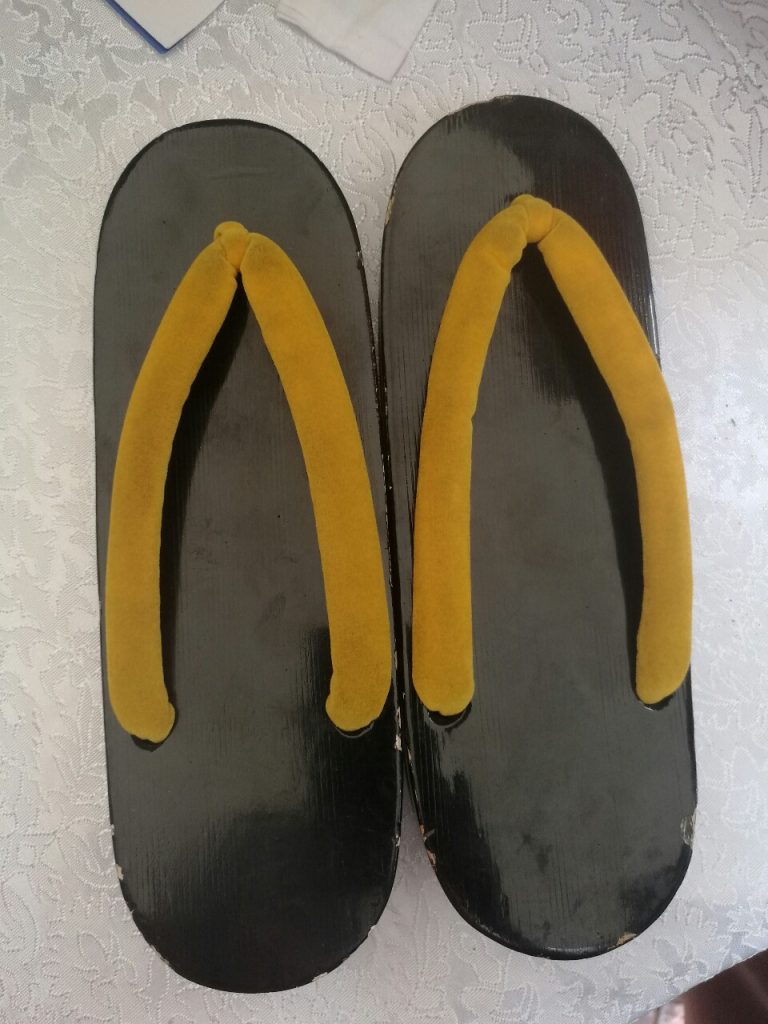 I then got overly engaged in the Origami class. Origami is the art form of creating artworks via folding of papers. While in primary school, I was really good in Art and Craft, thus thought this should be easy. I hereby confirm that yes, it is so much fun to engage in, but, it is not as easy as it looks. 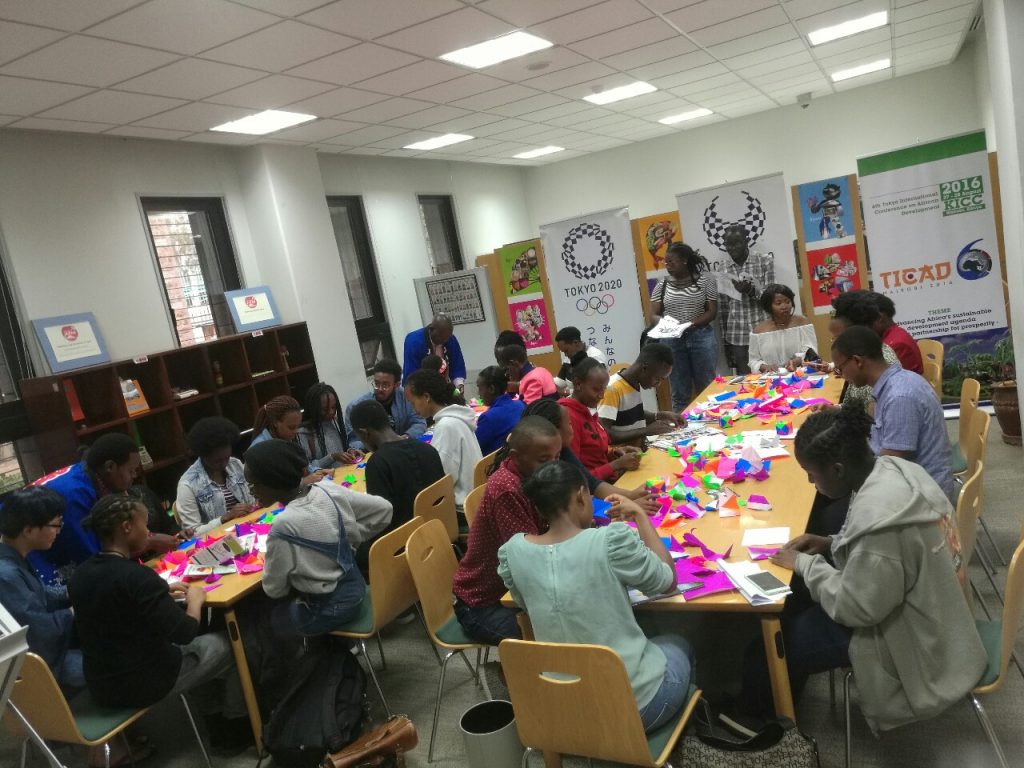 It took me several lessons, several trials, several repeated instructions and even videos I took, to finally be able to complete some  Origami. I will definitely try this at home with the family, it is an activity I would recommend for both children and adults.

Next up was the Karate classes and it was so engaging and fun to watch. The main instructor was an elderly Japanese man who was flawless and quite energetic. The team he was with showed us several Karate moves and I hereby confirm, I will be joining their martial arts classes soon. They offer various martial arts classes beyond just Karate and guess what, it is offered for free at the Embassy.

I then had the chance to dabble in learning Japanese language . The Japanese language is quite interesting, as it is made up of characters unlike the “Alphabet” that we use.  We were taught basic words like greetings, polite words, introductions, numbers and interesting enough, it was simpler than I thought. No, these were not done with characters but words incorporating our alphabet.. Ok, I think I am now hooked on Japanese language and thus plan to sign up for classes. I was shocked and impressed to learn that they offer Japanese language classes at the embassy, for free as well as having an online platform to learn.  Extra highlight was having one of the teachers write my name in Japanese, as below.

ALSO READ  Singapore on a budget 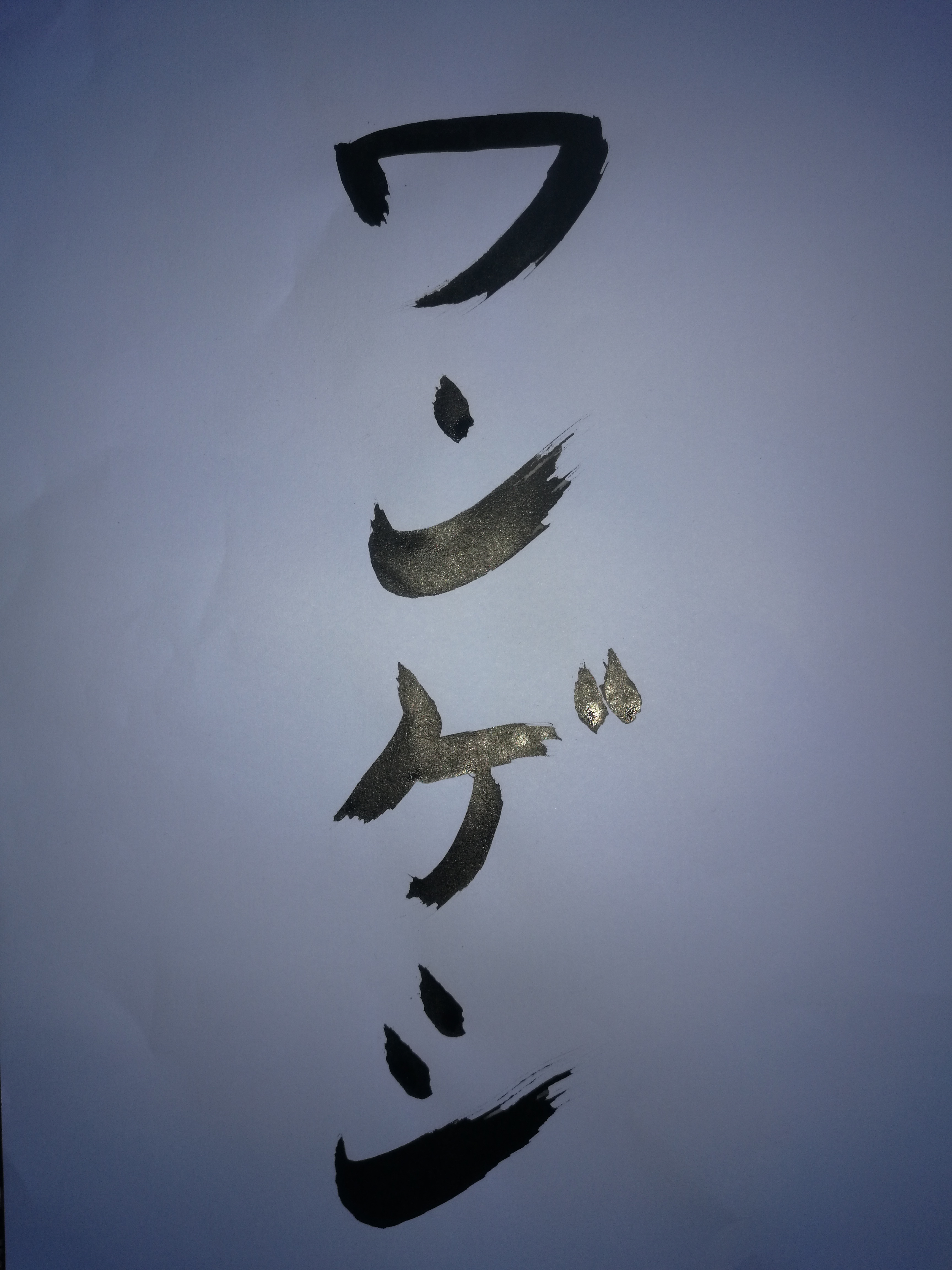 Then there was the role plays, which is quite big in Japanese culture. They have popular cartoons with the one I can remember from years back being Anime with the only character I remember being Naruto. However, I learnt Naruto is now an old man and the current Anime characters are his kids and grandkids generation. It was however fun seeing the various role plays different people came out to showcase. 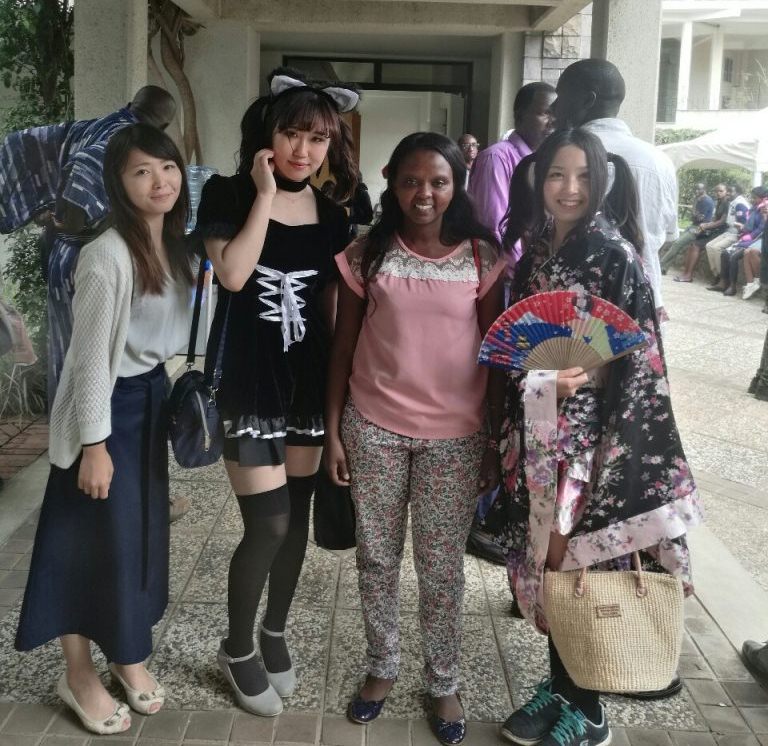 I truly truly had a great, funtabulous, amazing experience during the Japanese Cultural Festival. To the entire team at the Japanese Embassy and more so, those who took time to showcase Japanese Culture to us, Asante sana. Culture is indeed diverse, it is available everywhere and there is so much beauty in its diversity. This experience has me prepping to sign up for Japanese , origami and martial arts classes. It has also reawakened a dream and fanned a fire in me to make a trip to Japan happen soon. If I was able to learn so much in such a short time, imagine how much more I could learn and experience while in Japan.  This may have been our first official engagement, and indeed “Hajimashite” Japan. However, this is just the beginning of a long term friendship with Japan and Japanese people and culture… 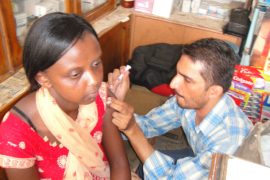 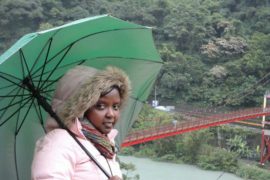 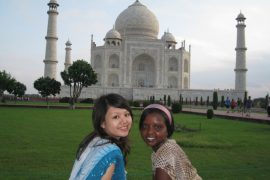